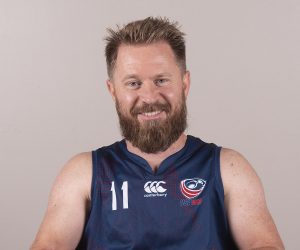 Bio: Lee Fredette is a busy man on and off the court. When he’s not preparing for international competition, he’s back home on Long Island, New York, running The Peconic Paddler, a water sport rental business he owns with his dad and brothers. Being an athlete has always come naturally to Fredette, and after watching the documentary Murderball while in rehab, he realized that his athletic pursuits didn’t have to end after his accident. After a successful competitive season so far, Lee is hoping to finish out the year on top at the world championship in October.