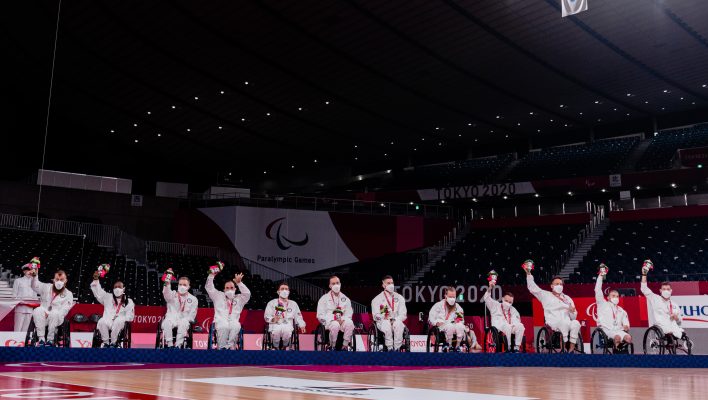 Co-Captain Chuck Melton (Richview, IL) shared his thoughts on the hard fought match “We gave it our all tonight,” said Melton. “We never gave up on the game, never gave up on each other just like we did the whole tournament.  I love every single one of these guys.”

This is Great Britain’s first medal in wheelchair rugby and the first time a European team has medaled in the sport since its inclusion in the Paralympic Games. In the earlier Bronze Medal match host country Japan defeated reigning two time Paralympic champion Australia 60-52.

As the evening concluded, the athletes reflected on their pride to represent their country on the podium. “ Medal ceremonies are hard when you don’t win. We told the guys we need to represent our country well,” said Co-Captain Joe Delagrave (Holmen, WI). “When you are wearing USA across your chest it’s an honor and a privilege. I’m proud of our guys, I’m proud of our team. “