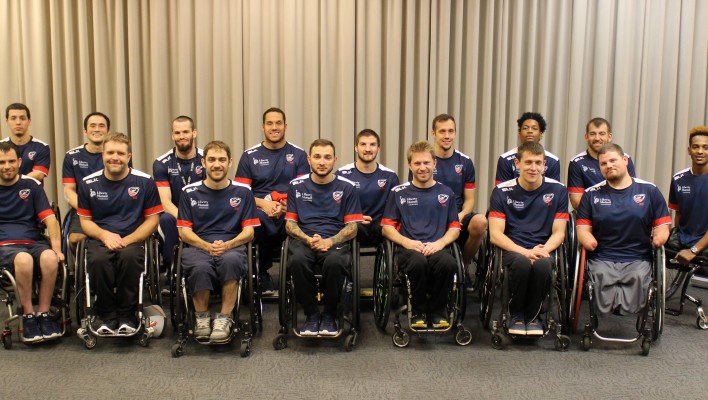 The USA Wheelchair Rugby team qualified for 2016 Paralympic Games in Rio last week with a gold medal win in Paris! For the last four days, 35 athletes participated in a team selection camp at Lakeshore Foundation in order to choose the athletes for the 2016 Rio Paralympic Training Squad. On Sunday, May 1st, 16 athletes were named to the training squad. The following athletes will be training together for the next several months preparing for the Paralympic Games in Rio.

USA Wheelchair Rugby Head Coach James Gumbert says, “We feel that we have selected a group that will be the next standard for USA and we know that the expectations are high, but they are no higher than the expectations we put on ourselves.” We have introduced a lot of youth to our team and it’s exciting to watch them, not only come in, but contribute to making the overall team a better squad.”

“First I want to thank each athlete for their incredible sacrifice, hard work, and commitment to their effort to represent the US in Rio this summer”, said Jeff Underwood, president of Lakeshore Foundation. “I have watched all these guys work and they have not made the coaches decisions easy. With this pool of talent, the future of U.S. Paralympic wheelchair rugby is bright. To those athletes who have made the final cut, congratulations, good luck, and bring home the gold!”